Glass Bridge Trailer – What is it?

HomeGlass Bridge Trailer – What is it? 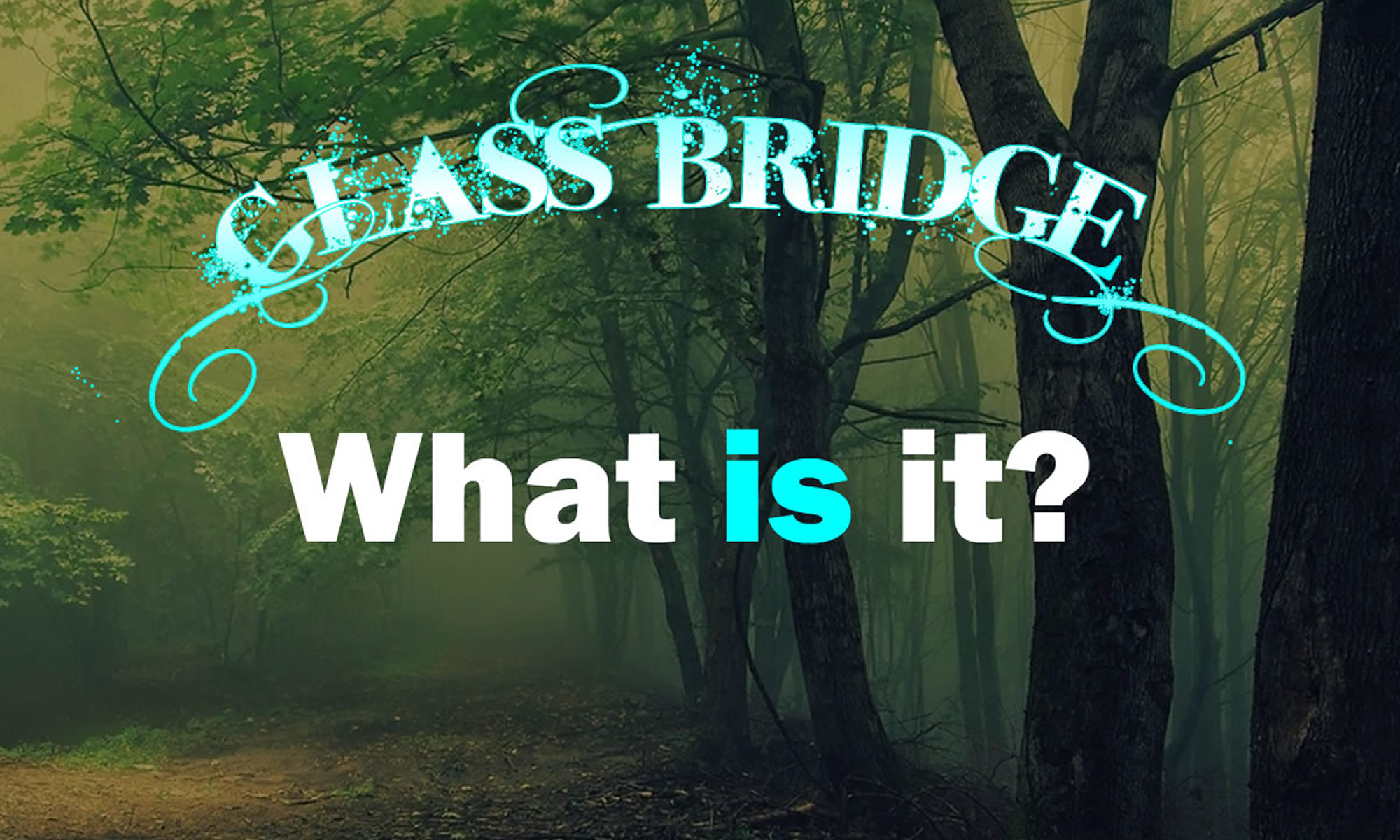 Glass Bridge Trailer – What is it?

A chill shook Bronwyn. She pulled her cloak around her, and stared at the man as he stared hard back at her.

The ball at the top of his staff began to glow orange, a small dot at first, then growing larger.

“I am the Wizard Windstrong. I am to instruct you. You may choose to accept my advice.” He looked her up and down again. “Or not.”

“It has been rumored that you carry the magic of your menfolk.”

Bronwyn’s mouth opened involuntarily. She quickly closed her mouth, and then spoke. “Where did you hear such a rumor?”

“I will show you no evidence.”

The old woman lifted the dagger, and with both hands, presented it to Bronwyn. “This is my dagger. I used it during the quest of my youth. Today, I present it to you, for the quest of your youth.”

The tip of the dagger began to glow, darkly at first, then blue as the glow enlarged, growing up the blade to the hilt. Orange-yellow followed the blue, and white followed orange until finally the entire dagger, handle and all, glowed white, bringing light into the darkness of the cottage and awe onto the face of Bronwyn.

“They brought that baby dragon in just before evening fell. The whole town came out to see it as it rolled through the streets. It was enormous, for still being just a baby!”

Bronwyn watched the gapped and crooked teeth of the old woman as she spoke.

“And before we knew it, that thing was breathing flames. Those men who were bringing him to the castle said that he had never done that before. They didn’t know he breathed fire.”

Join our Tribe TODAY and be the first to experience this exciting fantasy!
You’ll also get a copy of the exclusive and intriguing backstory of Brynna and Chrystor and their time in the Era of Ancients.